I would like to thank the many kind people who have wished me well upon news of my teaching position in Atmautlak, Alaska.  My date of departure for Alaska is July 31st.  I will serve out my term through the July 25th regular Selectboard meeting.  Then it will be up to the Board and Northfield voters to decide who will serve out the remainder of my term, which ends in March 2019. 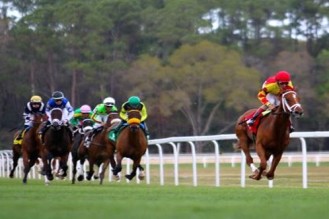 Apparently, a couple of people started to jockey for my position before I knew I’d be leaving town.  Such runs the gossip mill in our humble small town.  All’s fair in love & politics.

Given the news that a horse race has already started, I think it’s fair to let others catch up to the folks who’ve jumped out of the gate a little early.

The question I’ve been getting is will there be a special election?  It’s an important question and there’s a process which allows this to happen, as you’ll see below.  The bottom line is, the Board appoints the successor to replace the departing Board member — although voters can call a special election if they choose.

The following memo lays out the details.  It was written by Attorney Garret Baxter at the Vermont Leagues of Cities and Towns.  Click this link if you want to download the info as a pdf file:   ATL Appointed Officer’s Tenure

When a vacancy occurs in any town office, the selectboard must fill the vacancy “forthwith” by appointment in writing until “an election” is had. 24 V.S.A. § 963. This election can occur at either a special town meeting or the next annual one. “A town at a special meeting may fill a vacancy in a town office.” 24 V.S.A. § 962.

An office becomes vacant if the town officer resigns, is removed from office, dies, becomes insane, or moves out of the town in which he or she serves. When a seat becomes vacant, the selectboard must alert the public of this vacancy by posting notice of it in at least two public places in the town and in and near the town clerk’s office within ten days of the event creating the vacancy. Note that the selectboard may fill the vacancy prior to noticing it, though not prior to the creation of the vacancy. The notice, which can be used to advertise the availability of the office to interested applicants, informs the public of both its right to petition for a special town meeting to elect someone else to the position and of a change in their local representative leadership. 24 V.S.A. § 961(a).

A special town meeting can be called by the selectboard when it deems it necessary or on application of 5 percent of the voters. 17 V.S.A. § 2643(a). If a special meeting is not called, the selectboard’s appointee will remain in office until the next annual meeting, at which time the voters will elect a town officer to fill the balance of the unexpired term. If a special meeting is called, the newly elected town officer will still only serve the remainder of the original term.

For example, A is elected to a three-year term, serves one year, and resigns. The selectboard appoints B to fill A’s vacant seat. No special meeting is called and B serves until the next annual town meeting, when the voters elect C to fill the vacancy. C serves for the remainder of A’s original three-year term, which is two years.

There is an exception to this general rule. When a vacancy is created in the office of trustees of public funds, the person chosen to fill the vacancy “shall serve only for the remainder of the unexpired term.”