Just a quick post to show the latest developments for the Water Street Park with some pictures.

It’s easy to see how big the park is going to be now that the construction fencing is up.

Here are the two utility poles which will be removed from their current locations.  They will be relocated across the river.  The building in the background with the blower on the rooftop will be razed to make room for the poles.

The next two images show the large, man-made berm which was built to keep the Dog in a narrow channel.  The purpose in removing the berm is to open the width of the river, allowing it to flow in a more natural path.  This, in turn, reduces erosion and the intensity of river flow during rainy periods 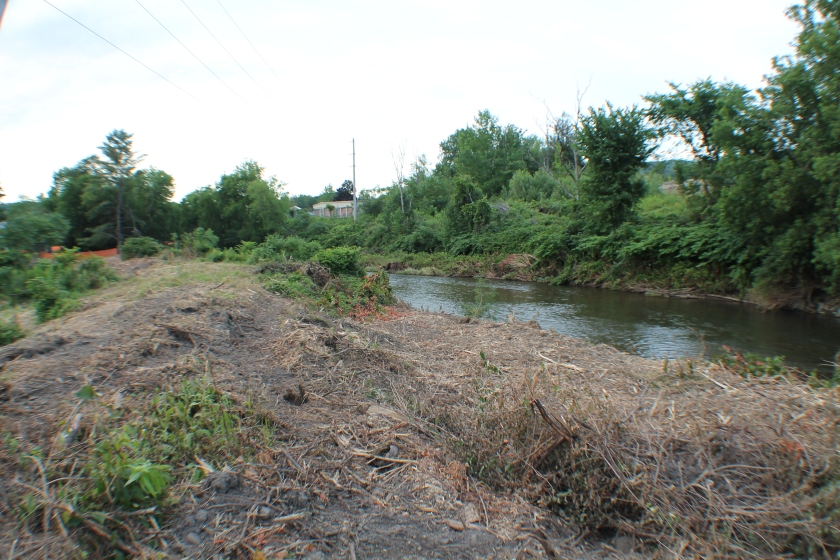 Well, it turns out, berms don’t really work.  This berm clearly didn’t make a difference in August 2011 or back in 1972, when the Water Street neighborhood was flooded due to an ice jam.  Removing the berm is a good idea.  An added bonus is that it will give easy access to the river for fishing, skipping stones, or to just appreciate the lull of flowing water. 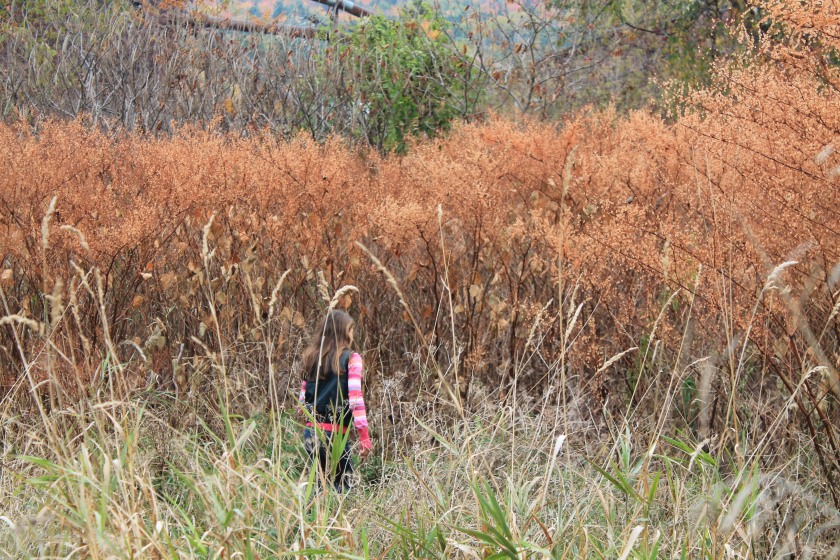 But when we got through the mess, the river looked quite lovely: 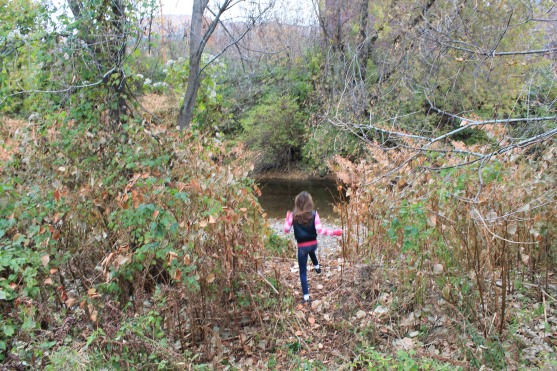 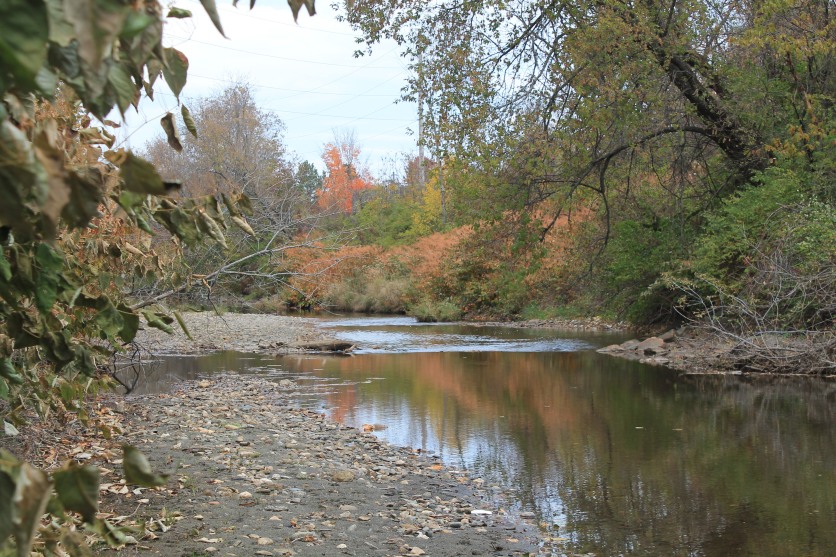 As you may know, the Class of 1957 has raised thousands of dollars to build a pavilion or gazebo.  They’re encouraging other graduating classes to join them.

To the best of my knowledge, there isn’t an official design for the project.  Here’s a design proposal based on our community’s new (unofficial) logo.

(If anyone knows of a current design, send me a note.  I’ll make the update and post the pictures on NatesUpdates.com.)

Maybe by this time next year, someone will be making river cairn art at the Water Street Park.  Whatever happens, I’m looking forward to the new river park.  : )