Among well-wishers upon my move to Alaska, several people have suggested it would be great to read posts from afar on NatesUpdates.   Oddly, I received one note from a not-so-well-wisher, “…no wonder you’re fleeing to Alaska.” 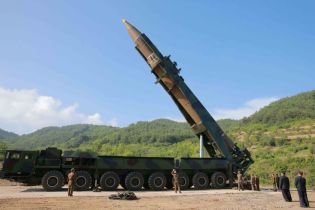 That’s just one person, but it gave me pause to think, “Who would ever ‘flee’ to Alaska?”  It can be a cold, dark, harsh, and kind of lonely place in the winter.  And as of today, there’s yet another reason Alaska would be even less of a destination for cowards:  North Korea.

Today, North Korea launched a missile which has the range to hit the nation’s largest state.  The Las Vegas Review Journal reports “US says missile was North Korea ICBM that could hit Alaska.”

If you haven’t noticed the news, North Korea is quickly becoming an existential threat as the world’s newest member of the nuclear club.  Folks in Alaska have been paying attention because, while not prime strategic targets, they are geographically closer to Kim Jong Un than Los Angeles, New York, or DC.

Mainstream newspapers have covered the Alaska connection since the July 4th missile test, but Alaskans have been reading about it since at least last March.  Here’s a sampling of articles from the Alaska Dispatch News (ADN) documenting the increasing threat: 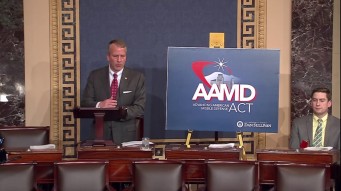 Earlier this year, Alaska Senator Dan Sullivan introduced a bill in Congress to add 14 missiles to Fairbanks’ Fort Greely aresenal.  He’s been pushing the bill with increasing urgency.  Just the other day he made a speech at the Heritage Foundation, “What a North Korean Ballistic Missile threat Means for the US Missile Defense System.”

But is Alaska really a potential target?  ADN columnist Dermot Cole is skeptical in his post, “North Korea poses an urgent challenge, but don’t kiss Alaska goodbye just yet.”  Cole suggests Sullivan’s  “America’s Missile Defense Act” is more about politics and war profiteering than strategic military interest.  He quotes David Wright, an expert on nuclear weapons policy at the Union of Concerned Scientists as follows:

I suppose if there were a military attack on North Korea, it might decide to fire something at Alaska as a way of responding against US Territory if that’s all it could hit,” he said.  “But even in that case, it’s more likely to launch against US troops in South Korea and Japan.”

Who else is skeptical?  Apparently Alaskans aren’t in a panic.  Alaska Public Media published “Alaskans greet DPRK missile test with a shrug not a shriek” one day after Kim Jong Un’s July 4th test launch.  But the same article acknowledged that Alaskans are more interested in fishing than talking politics during the summer months.

“I was at the 4th of July parade in Seldovia,” ADN columnist Charles Wolforth said by phone from Kachemak Bay Wednesday. “Somebody said ‘Hey I heard that Korea tested this ICBM,’ and the conversation didn’t really go any further because everybody’s out in the sunshine and watching the fish toss.” 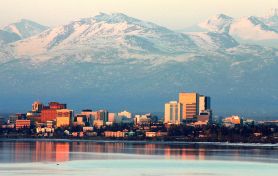 Anchorage Mayor Ethan Berkowitz expressed faith in the US military for Alaskans’ lack of heightened concern.  “We have complete confidence in the military to defend us, and we have the assurance that no matter what happens to us here in Alaska we’ll be able to take care of ourselves,” Berkowitz said.

Across the whole, I think most Americans are generally confident that even Kim Jong Un isn’t crazy enough to make a pre-emptive strike against the US.  It’s probably not likely that he’ll lob a nuke at US troops in South Korea, either.  But still, it’s important for Congress and the President to come up with new strategies in response to North Korea as a nuclear power.  Give up the One Korea policy?  Sanctions against China and Russia?  Increasing our missile defense system?  Whatever it takes, quite frankly.  Army Chief of Staff General Mark Milley summed it up yesterday in a speech before the National Press Club:

“War in the Korean peninsula would be terrible, however a nuclear weapon detonating in Los Angeles would be [even more] terrible,” Milley said in a speech to the National Press Club in Washington, about America’s security threats.  “North Korea is the single, most-dangerous threat facing the international community and the U.S. today”

One thought on “Alaska in range for North Korea attack”

Give a call or send a note to set up a time to discuss options and review rate card. Email: natefreeman@gmail.com Phone: 802-552-3438
Loading Comments...
%d bloggers like this: